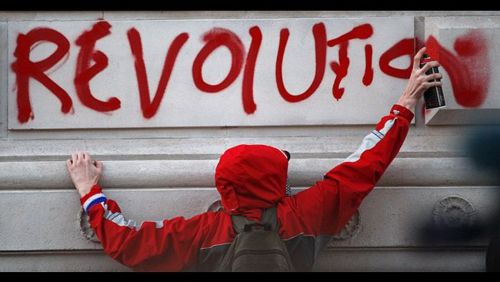 Slow down. Learn the Fundamentals. And Hustle. Because learning to develop good software takes ten years. A lot of people will disagree with me on this. A lot of big people already have and many of us are still cleaning up that mess.

In How to Design Programs, the authors said it well, “Bad programming is easy. Idiots can learn it in 21 days, even if they are Dummies.”

But this isn’t 1991 and the tragedy that was Visual Basic (VB). This isn’t a time when the 21 days paradigm turned everyone - from Help Desk Support to Accountants to Managers to Lawyers - into overnight programmers. Yet, still this notion of learn to program overnight lingers more tragically than even The Bard himself could imagine.

Why is everyone in such a rush?

In Teach Yourself Programming in Ten Years, author Peter Norvig posits the quintessential question in this knowledge arms race, “Why is everyone in such a rush?”

To bring the point home, Norvig did an Amazon search to see how many book titles promised to teach you something in X amount of days. He received 248 hits. Later he swapped days with hours with similar results at 253 hits. Norvig goes on to note that 96% of the titles returned were computer and programming related. That was 2001.

Fast-forward to 2011 and the results are even more astounding. If you want to teach yourself something in X days, you’ll find 950 titles at your disposal. Swap days with hours and you’ll find 675 titles.

That’s 3 to 4 times more titles than just a decade ago. In both cases, programming titles are the the overwhelming majority. In particular, the hours category has a higher density of computer programming books than the days category.

Hours? Learn to program in Hours? You can’t learn the necessary fundamentals in hours, nor days. It takes years! It takes Ten Years!

Like good wine, you can’t rush good programming. It will take time. You won’t learn it in 24 hours. But with passion and purpose and lots and lots of practice, you can get good - really good!

You don’t necessarily have to finish a four-year Computer Engineering or Computer Science program. But you do need drilled, hands-on fundamentals. For everyone, where you get those fundamentals will be - guess what - fundamentally different.

For some, you will be an apprentice to a parent, older sibling or mentor. For others, you might start programming games as a youngling. Still, for others, you will go to University for the fundamentals and if you are lucky, leave before the other nonsense.

But each of you will have a different, diverse story and that’s Ok! That’s the DNA that will shape your decisions and the projects you pursue.

You’ve got to Hustle to get Good!

Sorry to say, but you’re not going to get good grinding assignments in a grey cube for eight hours-a-day. Nothing inherently with the color grey stops you either. It’s just that mentorship seldom takes place in corporate life.

If you have the opportunity to learn from a master developer in a corporate environment - consider yourself lucky and thank him or her. But most importantly, when it’s your turn, pass on what you’ve learned.

But for the other 98% of you, the mentorship isn’t coming so you’ve gotta hustle. You’ve gotta get out of your comfort zone and work on different teams shipping different types of software.

You’ve gotta work for the megalomaniacal failed bed bug researcher turned IT Executive since he can tell a great story and once taught a call girl Excel.

You’ve gotta work for the spoiled rich kid who will make you Director of Technology (or pick your own title) if you promise to work 21 hours a day and hook an intravenous (IV) of Red Bull to your medulla oblongata.

Spartan or Arcadian? Warrior or Brawler?

The way I see it, you have two choices. Learn from Dummies and be an Arcadian - a brawler at best. Or face your personal Agoge and emerge a Spartan - an Elite Warrior.

You can make the cleanest light saber you want. But you can’t be a Jedi until you’ve faced your Vader. You’ve gotta hustle! And if you survive, you will have joined the elite and be able to smell bullshit and bad code a mile away - sometimes at the same time.

What’s the rush? Slow down. Learn the Fundamentals. And Hustle. Cause learning to develop good software takes ten years. Hustle and Code. Get used to it.